Wolves have taken the football world by storm this season, with fantastic victories against the big 6

The 6’3″ shot stopper joined Wolves last Summer on a 4 year deal, after the World Cup in Russia having spent his whole career at Sporting Lisbon.

Patricio has won 70 caps for his country, keeping a clean sheet in the 2016 European Championships final to help Portugal secure their first ever major tournament victory.

Hague Fasteners were thrilled to meet the Wolves Players and Management Coaching Team and congratulated them all on a very successful season back in the Premier League. Thank you to everyone at Wolves for a very enjoyable afternoon, we look forward to continuing our sponsorship into the 2019/2020 Season.

Great feature in the press this week detailing the dynamics of working in a family business.

Featuring CEO Jon Hague, and sons Jack Hague & Tom Hague the write up gives an insight into what it’s like working for a family business in the West Midlands manufacturing Special Fasteners since 1971

Hague Fasteners – 45 Years In The MakingIn the last 50 years British Industry has changed beyond recognition, however one name stands tall since 1971, Hague Fasteners.

It is over the last 5 decades that Hague Fasteners have evolved, through booms and crashes in an ever changing industry, to become experts in Customer Focused Precision Manufacturing Of Special Fasteners.

It is this wealth of experience and stability that sets Hague Fasteners apart.

Hague Fasteners have adapted, evolved and continually improved over the last 45 years, diversifying from its oil and gas focussed beginnings spreading its expertise into every conceivable industry around the world.

Hague Fasteners continues to make all their fasteners in the heart of the UK and are more competitive now than at any time in their history.

Hague Fasteners continue to break growth records as they near their 2014/2015 year end. Export Sales are at an all time high and growth within the home market continues to boom due to the incredible word of mouth recommendations within all industries.

Hague Fasteners will always put their Customers first and it is this focus to stand out in a declining service industry that sets them apart.

For exceptional service, you need reliability

A massive milestone for Hague Fasteners as the CEO, Jon Hague celebrates 25 Years at the Company. 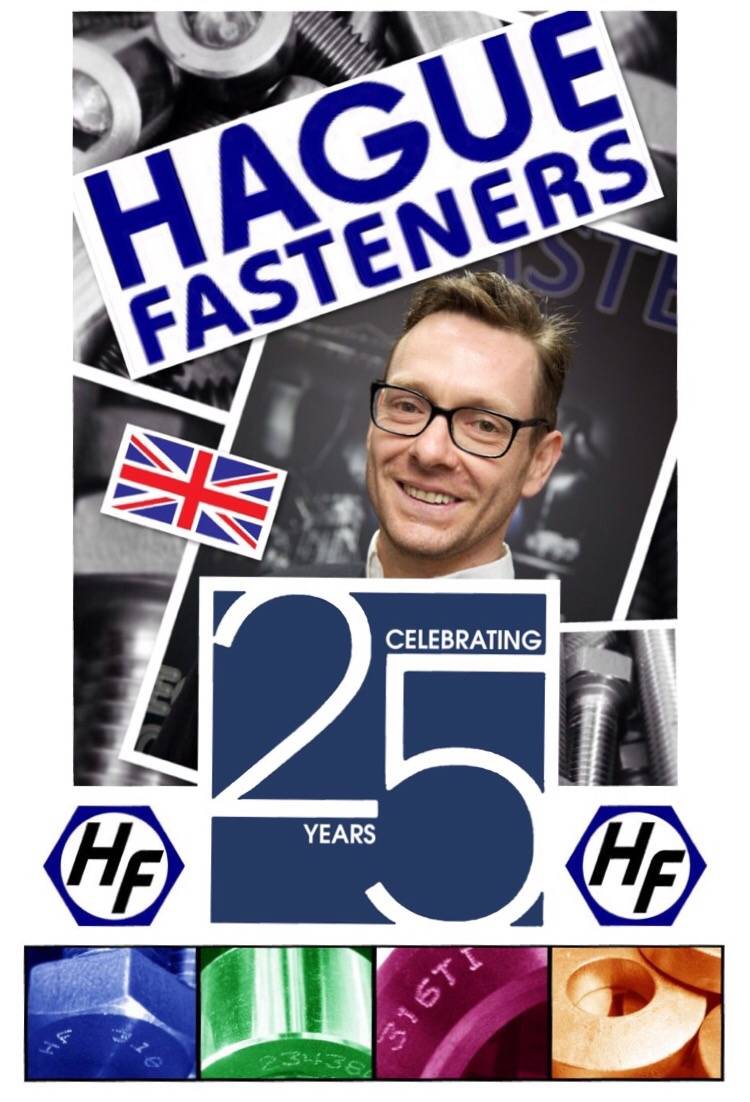 The Company was very different then, having enjoyed a successful growth through the 70’s & 80’s the Company found a global influx of cheap manufactured far eastern imports threatening the high integrity fastener marketplace.

Hague Fasteners, with their strong family morals, began a new journey, bucking against the trend, to restore faith in the British Special Fastener Industry.

In 1992 Jon joined the Ralin Group Board Of Directors and Hague Fasteners’ transformation truly began.

Over the next 8 years the individual group Companies were merged into a single Company allowing a firm focus on Customer Service to develop. Hague Fasteners quickly identified, under Jon’s leadership, that the industry was flooded with ill practise, inferior materials and suspect quality.

Hague made a firm stance against Far Eastern imported materials and adopted a policy of manufacturing only from high integrity EU/US origin material. Hague Fasteners walked away from contracts they’d serviced for years as they refused to play in a market where price alone was valued over quality, service and integrity.

The sectors serviced for decades by Hague Fasteners soon started to adopt The new Hague ethos. Subsea specifications started to enforce “non far eastern materials” policies. Critical structures around the world had been held together by inferior hardware for too long. Risks were too great and the World once again looked to Hague Fasteners as the solution to their concerns and bolting problems.

In 2002, Jon’s wife Claire joined the Company with a focus on Continuous Improvement and Customer Service. A carefully planned relocation in 2008 revolutionised the Company and massive investment in plant, equipment and people has seen Hague achieve record year on year growth in the years since.

It is this strong family driven ethos & morals that sets Hague Fasteners apart in the Special Fastener industry. Fantastic Customer testimonials and feedback continue to be a constant source of inspiration and motivation for the Husband & Wife team that continue to guide the Company and drive improvements and growth. The loyal and long serving staff throughout the Company have been brought up on a diet of completely different ethics to much of the Fastener Industry and it is for this reason Hague Fasteners are enjoying their most successful years to date.

Jon Hague, Congratulations on your milestone, looking forward to the next 25 years.

Being at the forefront of British Fastener Manufacturing for almost 45 years, Hague Fasteners have seen technological advancements transform their business both from a production perspective and from a communication aspect.

It is the adoption of new technologies and continual modernisation of working practices that has ensured Hague Fasteners continue to grow in their sector and often set the benchmark for others to follow.

On the very same day that further investment in NC machine tools was realised on the production factory floor with the arrival of yet another lathe to add to their growing flexibility, Hague Fasteners launched their SPECIAL FASTENER LIVE CHAT facility on their website www.HagueFasteners.co.uk 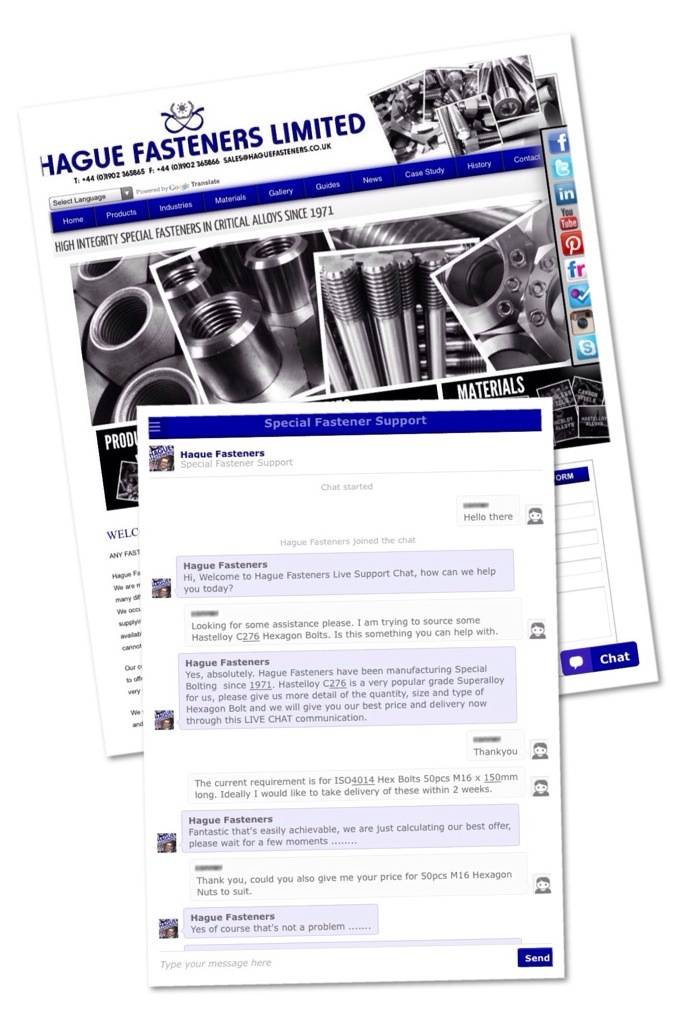 This new feature further simplifies and improves the many methods utilised today for convenience and for rapid response.

Hague Fasteners technical support team is now on the end of the telephone, at hand by email, or around the clock waiting for your instant Live Chat.

From any page on their website just click on the “Chat” button and you’ll be connected around the clock to a Special Fastener Expert.